Let Us Tell the Facts of Your Car Accident Claim

“Everyone has a story to tell” and that saying certainly rings true for every car accident. But do you feel like the insurance company is just ignoring your story? This happens frequently. Insurance companies don’t seem to truly care to learn about your injuries or are not taking your injuries seriously. Insurance companies will frequently low-ball or try to get you to prematurely agree to settle before you’ve even completed your treatment. If you’re currently trying to handle an car accident on your own you may have already had this experience and it probably sounds something like this: early on the insurance company offers to pay you a small amount of money and agrees to pay your medical bills for the next several months. At first it may sound fair but this very generic offer is far from fair and should be your first clue that the insurance company is not evaluating your case based on your facts, is not treating you fairly, and likely won’t treat you fairly unless you have an attorney. Of course in these cases, you should reach out to a law firm that specializes in personal injury claims like D’Angelo Law for assistance. 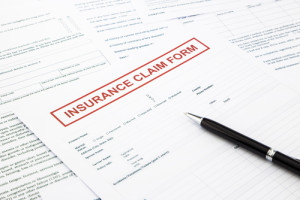 When you contact us you’re taking the first step to help ensure that you’re treated fairly because for years the insurance industry has learned to routinely make low offers without considering your facts hoping you will accept. The insurance industry has also done this by creating biases so the public ignores the facts of your case too. We know about these biases and can help you overcome them so your facts are heard and you are treated fairly.

Past research shows people tend to have a negative opinion about people injured in car accidents who seek money for their injuries. Juries commonly express concern that plaintiffs are only in it for the money and they could easily fabricate or exaggerate their injuries.1 Where does this attitude come from? Does the general public actually follow the facts of personal injury lawsuits so closely that the public would know this to be true? The answer to the second question is predictable – no. The first question is more open ended – but we’ve got a good idea of the answer.

Since the late 1970s, insurance companies have focused large media campaigns to influence public opinion against people injured in car accidents. In all respects, the campaigns have been a smashing success. The core negative messages promoted by the insurance industry, and one we touched on in a recent blog post, is: favorable and large verdicts in personal injury law suits drive up insurance premiums (which sounds bad for the public so the public wants to keep large verdicts down to keep their premiums down), and the bulk of the claims are frivolous or exaggerated.2 Interesting how that works, isn’t it? Rather than just focus on paying claims fairly, the insurance companies pay to influence the public through the media – and it works! For example, people tune in to see programs like “Grief to Greed” on ABC or “Has America Gone Lawsuit Crazy?” that aired on the now former Oprah Winfrey Show not even realizing that a group backed by insurance companies was the driving factor in getting these segments on the air.3

Seeing something negative like this on TV tends to stick with a lot of people because it causes an emotional reaction for them personally. They personally feel defrauded. This makes it difficult for the public to make their own decision based on the facts but generalizations. Yet when you suffer injuries in a car crash, you hope others will judge you based on the facts and is exactly what we as personal injury attorneys make sure the insurance companies and juries do for our clients. We present the facts of your case so they are heard, taken seriously, and you are fairly compensated for your injuries.