According to a recent National Highway Traffic Safety Administration study, 61% of drivers believe there is not enough enforcement of tailgating. They’ve got a great point. It’s one of the most unsafe driving practices there is. It’s aggressive, unnecessary, and leads to collisions and injuries.

If you’ve been driving for even the slightest amount of time, you’re probably aware of tailgating and know when you see it. It’s as simple as this: tailgating is the act of following too closely behind another vehicle. People tailgate for a variety of reasons, but none of them are worth the stress and potential injuries of a collision. Tailgating poses a risk to the driver of the car following too closely, those in the car he is following, AND everyone else on the roadway around them.

Why Do People Tailgate 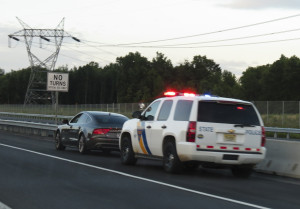 There are millions of people on America’s roadways, and it seems like everyone is in a hurry to get someplace. If more people practiced patience in driving, there’d be far fewer collisions and people would not be getting injured or killed at an alarming rate.  As you probably know, auto collisions are one of the biggest killers in the US, but most of them could be prevented.

So what makes people drive aggressively and risk causing a collision by tailgating? It could be a variety of things. The driver may simply be distracted, looking at their phone or playing with music. It may seem innocent, but being distracted while behind the wheel of an automobile is careless and dangerous. It is considered almost as dangerous as driving under the influence. Another reason a person may tailgate is negligence or a lack of understanding of roadway safety. Though not malicious, this is unacceptable as well. It’s imperative that drivers fully understand rules, regulations, and laws concerning our driving on our roadways. Third, drivers may be aggressively using tailgating as a method of road rage. They see it as a way to intimidate other drivers. It’s reckless, malicious, and an easy way to cause a major collision and hurt other people. Furthermore, aggressive driving can lead to heavy fines and even license suspension.

It’s hard to pinpoint exactly why a driver is tailgating, but it’s something we need to be vigilant about and avoid doing ourselves. If you’re driving in Colorado it’s a good idea to report aggressive driving when you see it. Remember to only use your cellphone from a safe place, and never when you’re driving. The best idea is to try and remember the location, license plate, and type of car you saw and call when you can get to a safe stopping point. You can dial *277 to be directly connected with the Colorado State Patrol. A dispatch official will take down the information provided and make a note about the aggressive driver. If they receive multiple reports, they will take action.

Dan’s Advice for Dealing with a Tailgater

You’re going to encounter a tailgater. It’s just a fact of life. It’s more common than it should be. So what can you do when it happens? First, I want to stress the fact that you need to avoid being the tailgater yourself – for any reason. We all get a little wrapped up in our busy lives from time to time, but it’s important we don’t lose focus in these situations. If you find yourself following too closely take a breath, let off the gas, and give the other driver some room. Now that we’ve got that out of the way, let’s address what you can do when you are the victim of a tailgater.

When driving, your primary goal is to reach your destination safely. Tailgaters threaten that goal, so what can you do? Here are my recommendations:

Keeping these pointers in mind will help keep you safe on the roadways!