An In-Depth Look at Colorado Roadway Deaths in 2015 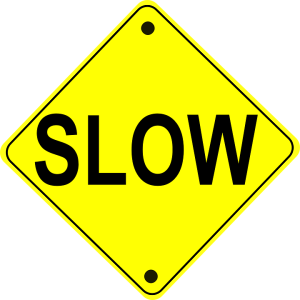 A couple of weeks ago we wrote about the alarming rise in deaths on Colorado roads in 2015 – there was an 11.7% increase over the previous year. Obviously, this is a push in the wrong direction, especially when the State’s goal is to reach ZERO deaths.

The Denver Post article we referenced does a fantastic job of showing some relevant statistics, but we wanted to take a closer look. Heading directly to the source, the Colorado Department of Transportation, we found a great summation of the stats.

Predictably, many of the things we discuss on the D’Angelo Blog were factors in deaths on our roadways last year. Check it out:

Moving Towards Zero Deaths isn’t going to work if people continue to disregard using seatbelts. 49% of the passengers killed in 2015 weren’t wearing their seatbelts.[1] That’s half for all intents and purposes, and it doesn’t make sense. In our recent blog post about seatbelts, we stressed the importance of seatbelt education. With the release of this report, it’s apparent that more needs to be done in Colorado to encourage people to wear seatbelts. Perhaps it is time to consider enforcing the wearing of seatbelts as a primary offense. As the author of the Post article states, this isn’t popular, but it may help reduce deaths in collisions.

NOTE: Based on the 2015 Statewide Seatbelt Survey, 85% of Coloradans wear seatbelts while driving or riding in vehicles.  Only 73.9% of individuals driving commercial vehicles wear seatbelts. We need to do whatever we can as a state to get this number to 100%.

If we could somehow eliminate drunk driving altogether, it’d go a long way in reducing the death count each year on Colorado roadways. In 2015, 180 of the 545 deaths on roadways involved suspected driver impairment.[2] Aggressive DUI laws and increased enforcement are essential – but increasing awareness and providing drivers with more options are also proven methods in DUI reduction.

A record 14 bicyclists were killed in collisions in Colorado in 2015.[3] This is a major setback, especially when awareness and bicycle safety are supposed to be at an all-time high. In our opinion, the need for separated bicycle lanes is painfully obvious – and enforcement of cyclist safety laws is essential. But bikers must also take responsibility and work to be safe and take precautions as they ride. However, the cyclists are not the ones in charge of a machine capable of ending a life in a relatively low-speed collision. As drivers we must all be more aware of our surroundings and go the extra mile to prevent collisions.

Pedestrian safety is not something we’ve touched in great detail on the D’Angelo Blog, but that shouldn’t negate its importance. 2015 saw 64 pedestrians die in a collision in Colorado.[4] This is yet another trend that clearly needs to be reversed. It may not have been a record setting year like bicyclists deaths was, but having 64 people killed while on foot is way too many. Alert drivers can do a lot in preventing pedestrian deaths, so be sure to have that in mind every time you drive.

The numbers in Colorado for 2015 are bad. There is simply no other way to put it. We MUST do a better job in keeping people safe on our roadways.  When you look closely at the stats, the news isn’t all bad. For the last several months of 2015, deaths from collisions trended down, reducing in every month after September. This is the type of trend we need to see continue, all the way through 2016 and beyond, until we get to the goal of zero deaths.

If you need to talk to somebody about a recent collision, injury, or death, reach out to D’Angelo Law. We do things a bit differently than the normal personal injury law firm, and we’re always happy to help.