A couple of months back, we discussed 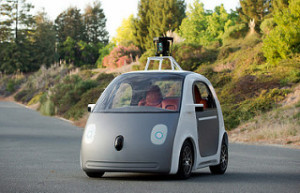 driverless cars and their possible impact on roadway safety in the United States. These vehicles present a fantastic leap forward in technology, and could go a long way towards getting us to the goal of having 0 deaths on roadways. Today we’re going to discuss recent developments that may get these vehicles on roadways even sooner than estimated. Let’s do a quick recap on some autonomous vehicle stats and facts:

Clearly autonomous cars present an advancement that could benefit the world as a whole. Reducing collisions, injuries, and deaths caused on roadways is just a few of the advantages these vehicles present. Perhaps this is why in his most recent State of the Union Address; President Obama announced that he was dedicating $4 billion dollars to accelerate the development and adoption of autonomous vehicles. The plan calls for real-world pilot projects and requires that stringent safety requirements are met by these vehicles. This is huge news – and could significantly adjust the timeline in which we will see these vehicles on the road.

The United States Transportation Secretary, Anthony Fox, elaborated on the President’s plan with a bit more detail last week.  According to him, the Department of Transportation will be removing roadblocks that could stymie innovation of technology that could “significantly improve” transportation, safety, and sustainability.  Expanding on his comments further, Fox said,

“We are on the cusp of a new era in automotive technology with enormous potential to save lives, reduce greenhouse gas emissions, and transform mobility for the American people. Today’s actions and those we will pursue in coming months will provide the foundation and the path forward for manufacturers, state officials, and consumers to use new technologies and achieve their full safety potential.”

It’s apparent that the United States government is fully behind the adoption of autonomous vehicles – and with its support they are more feasible than ever before. Secretary Foxx also announced that policy guidance updates to the NHTSA’s preliminary guidelines released in 2013 are now available for review. They are available as a download at the NHTSA’s website.

There are several milestones that the Department of Transportation has laid out that they seek to reach in the next few years. Here’s a quick synapses:

Fostering innovation and removing barriers is essential in the development of autonomous cars. Maybe those 2020 predictions we wrote about last time weren’t so far off base.

At D’Angelo Law, we welcome the days of people arriving safely almost every single time they get behind the wheel (if we still have steering wheels in a few years!). Of course we’re not there yet – and we’re still here to help if you need us. Just reach out and we’ll be happy to listen – or even chat about self-driving cars!